Why is PEMF Mat Therapy so popular? 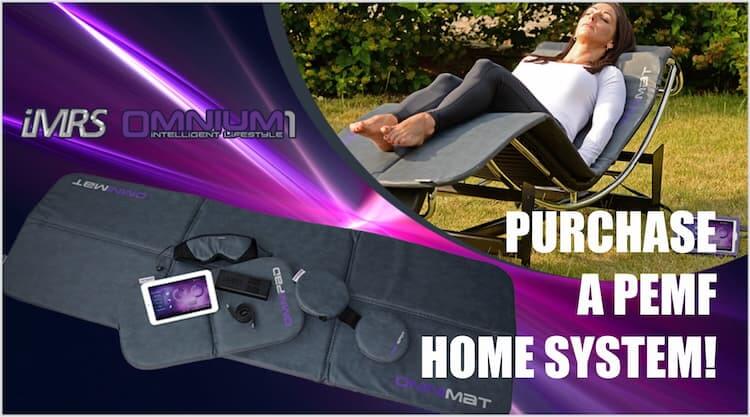 The earth magnetic field is a vital life force as water, oxygen, light & food. There is a clear correlation between the frequencies we emit and the frequencies our cells and tissues resonate with. We live in insulated cities covered in concrete, drive in rubber-tired cars, walk in rubber soled shoes. Strength of magnetic earth field is declining because of the changes in our environment. The biggest culprit: wireless and other forms of artificial radiation (including 5G). Fibromyalgia, chronic fatigue and other diseases involving pain, are related to magnetic field  deficiency syndrome.

Chemicals in food, pollution, stress lack of sleep & exercise contribute to impaired cell function. The biggest culprit: harmful electromagnetic frequencies in our environment that we cannot see, hear, feel or smell and we have no protection in place. Ironically with 5G in the works, most people believe that if they do not have it yet, they are safe ignoring the damage from existing sources already in place.

Harmful frequencies (those outside of the biological window) pass through our body unobstructed and undetected. We have no organ to detect that we have reached our limit, but symptoms have been researched: aches, pains, insomnia, fatigue, headaches, anxiety, depression, brain fog, low sex drive right down to malignancies.

Bottom line: in everyday living of the average person it is not possible to escape because we are all blanketed in a soup of harmful frequencies.

What is PEMF Mat Therapy?

The term PEMF means „pulsed electromagnetic fields“ and describes the specific application of unique pulsed, electromagnetic frequencies and intensities for the overall health benefit of human beings and animals. Research has shown that low energy pulsating fields within the frequency range of “the biological window” (0,5-25 Hz), as well as the inner and outer wave patterns of the Earth’s magnetic field (7.83-11.79 Hz) can produce remarkable positive changes within the body. The fact that all health begins on the cellular level, has been scientifically well established. With all modalities and treatments available to deal with civilization diseases etc. and knowing disease comes from exposure to harmful frequencies in our lives, starting with a (PEMF) pulsed electromagnetic field system to restore health on the cellular level only makes total sense.

Consider all the options you will have with a state-of the art system such as the PEMF Omnium 1. PEMF therapy uses bursts of low-level electromagnetic waves to heal damaged tissues and bone, to relieve injury-related pain, and even to stimulate organs. The idea is that pulses at low frequencies will pass through the skin and penetrate deep into muscle, bones, tendons, and even organs to activate the cell’s energy and encourage its natural repair mechanisms. The in-built magnetic field setting offers pain relief, as well as a host of beauty benefits including tissue oxygenation, enhanced circulation & collagen synthesis to name a few, which maximise skin health & appearance.

PEMF is catching on as a non-invasive way to approach injuries, chronic pain, and even chronic conditions like depression and diabetes. Consistent use is strongly correlated with increased energy balance resulting from the integrated whole-body stimulation of the immune, metabolic, neurological, endocrine, circulatory and musculoskeletal systems. The result is increased energy and vitality, improved sleep, less stress, reduced pain and overall a greater enjoyment in life.

For Your Business Life:

– To maximize your mental clarity, focus and productivity
– For efficient 8 – 24 minute work breaks, providing essential renewal
– In the midst of your projects requiring heavy concentration
– For healthy on-the-job stress management

For Professional and Amateur Sports:

– To improve mobility
– To increase energy, vitality and strength
– To provide metabolic support for bed-bound people
– To optimize physical and psychological balance

For Wellness and Anti-Aging: 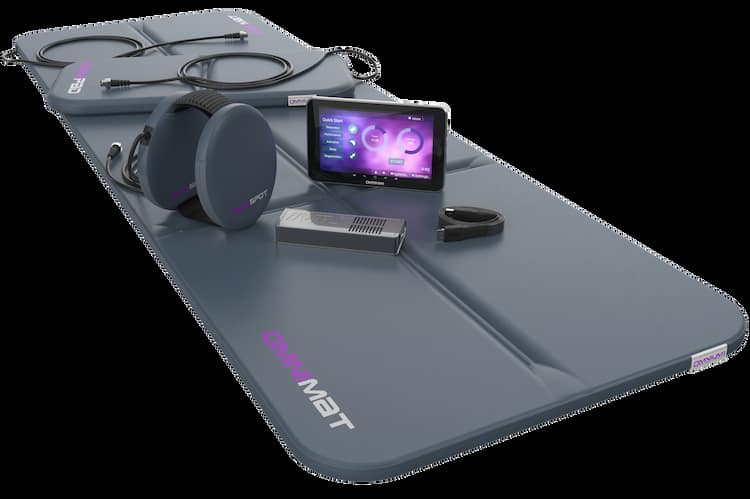 What is Vibration Therapy? (The Whole Body-EWOT Method)

Exercise with Oxygen (EWOT) has many benefits. To name a few, it increases energy levels, improves circulation, reduces hypertension, and enables the body to work at peak performance while building endurance and speed.

With whole-body vibration, you stand on a machine with a vibrating platform while breathing into oxygen mask. As the machine vibrates, it transmits energy to your body, forcing your muscles to contract and relax dozens of times each second. As each wave moves up through the body some of the energy is absorbed by the tissues of the body and is converted to heat. Muscles and joints feel and operate better when they are warm. Whole Body Vibration has been proven to create a warming effect in muscles and joints faster and easier than other types of exercises.

Certain types of vibrations may also cause your body to produce more osteoblasts. These are cells that produce bone. It also helps to increase muscle mass and strength in older adults, improve circulation, reduce joint pain and back pain, alleviate stress and boost metabolism.

Take your Ozone Sauna on the go with our beautifully designed appointments schedule.

What our Customers Say about Ozone Sauna?

If you will like to get more information about one of our traeatment fill up this form and we will contact with you to help you and get you an appointment.

We’d love to hear from you.

You have Successfully Subscribed!